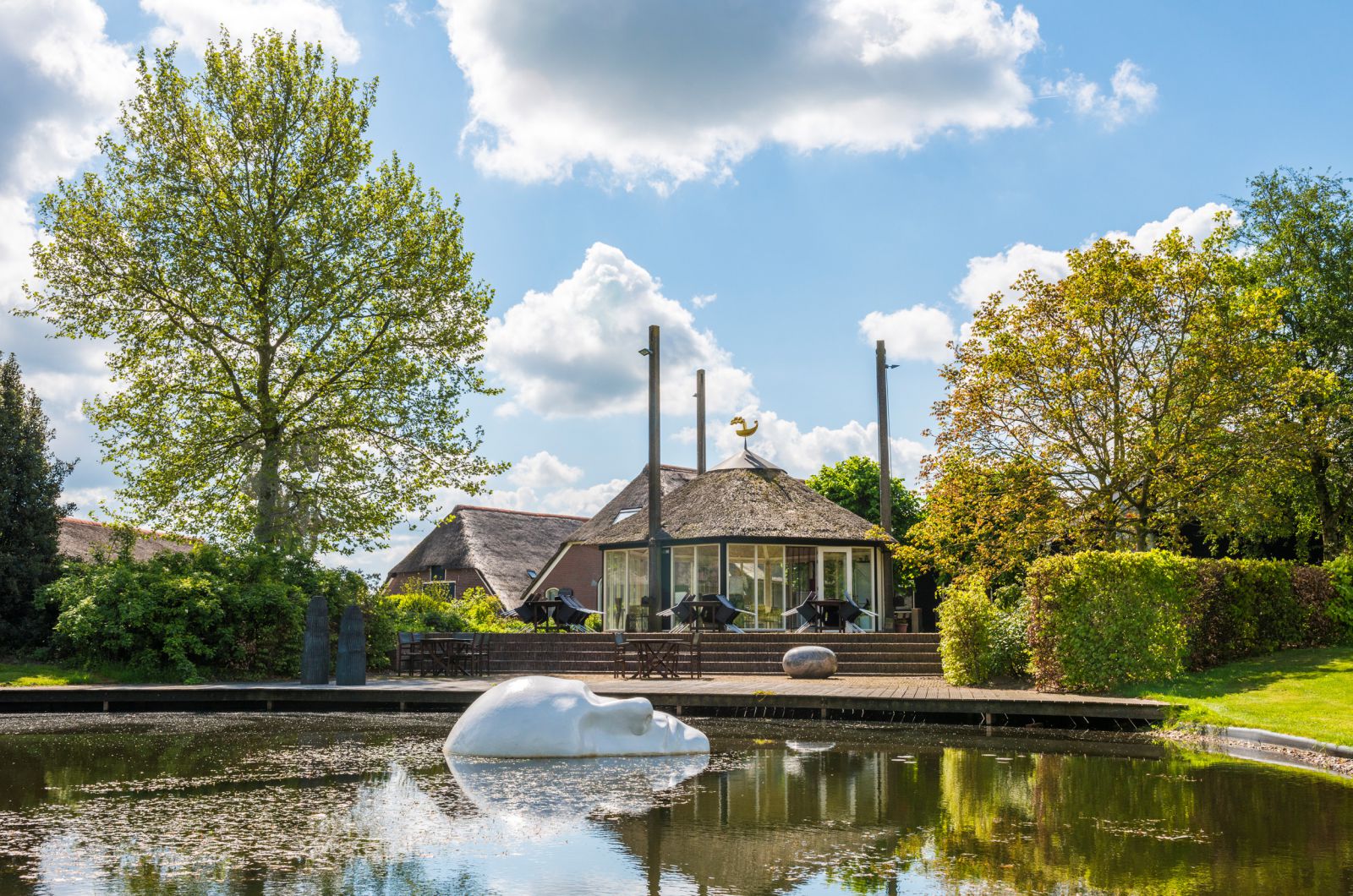 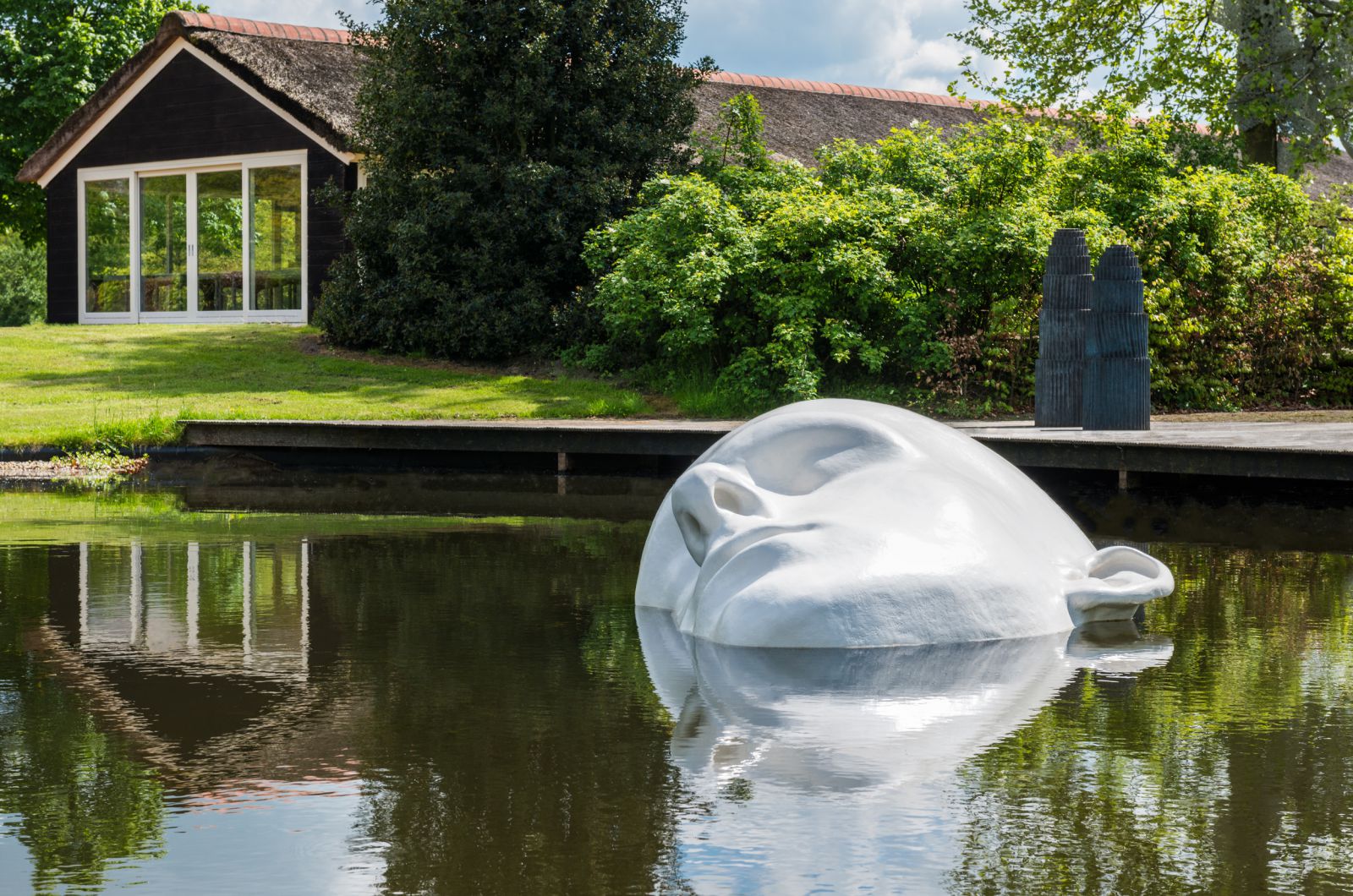 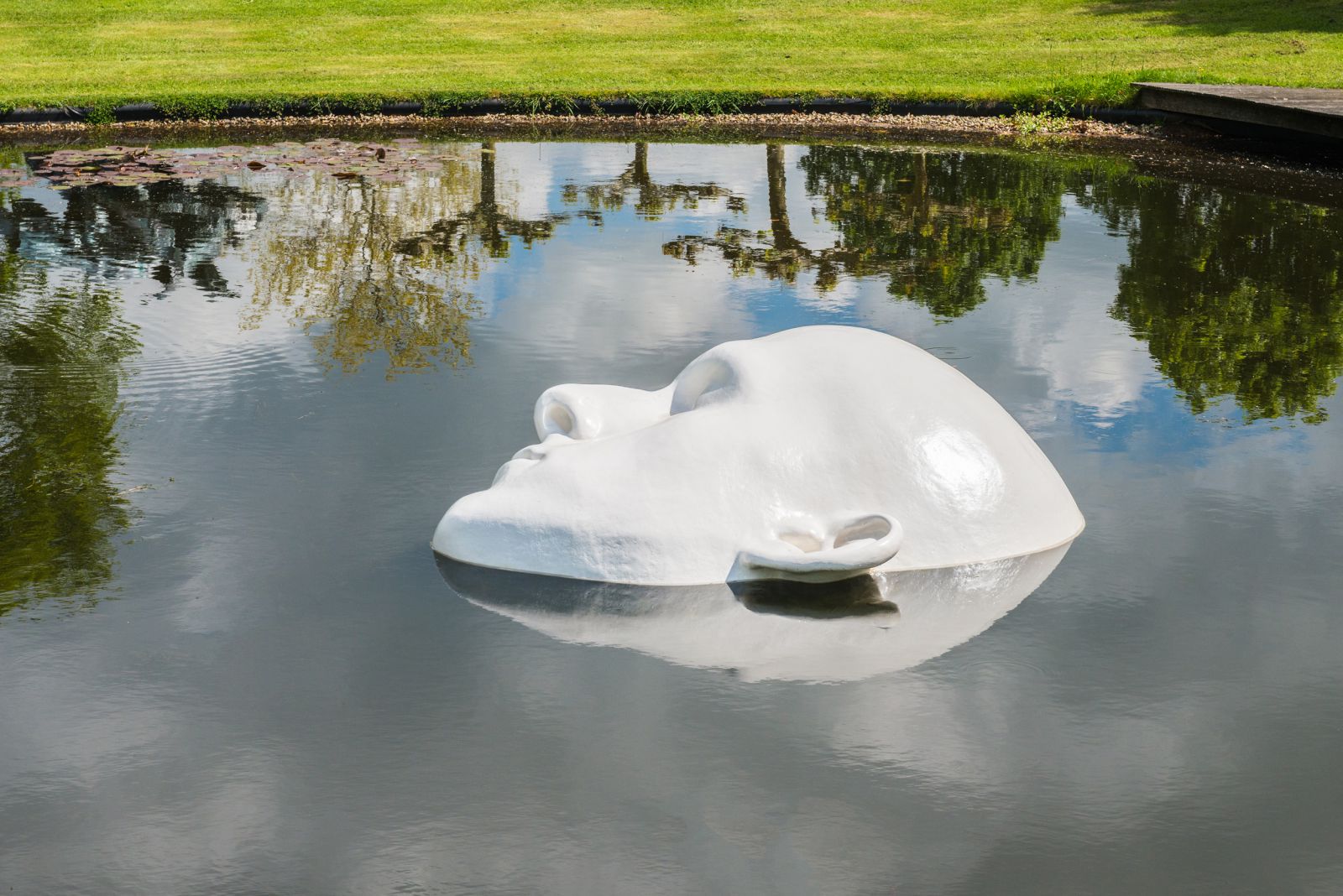 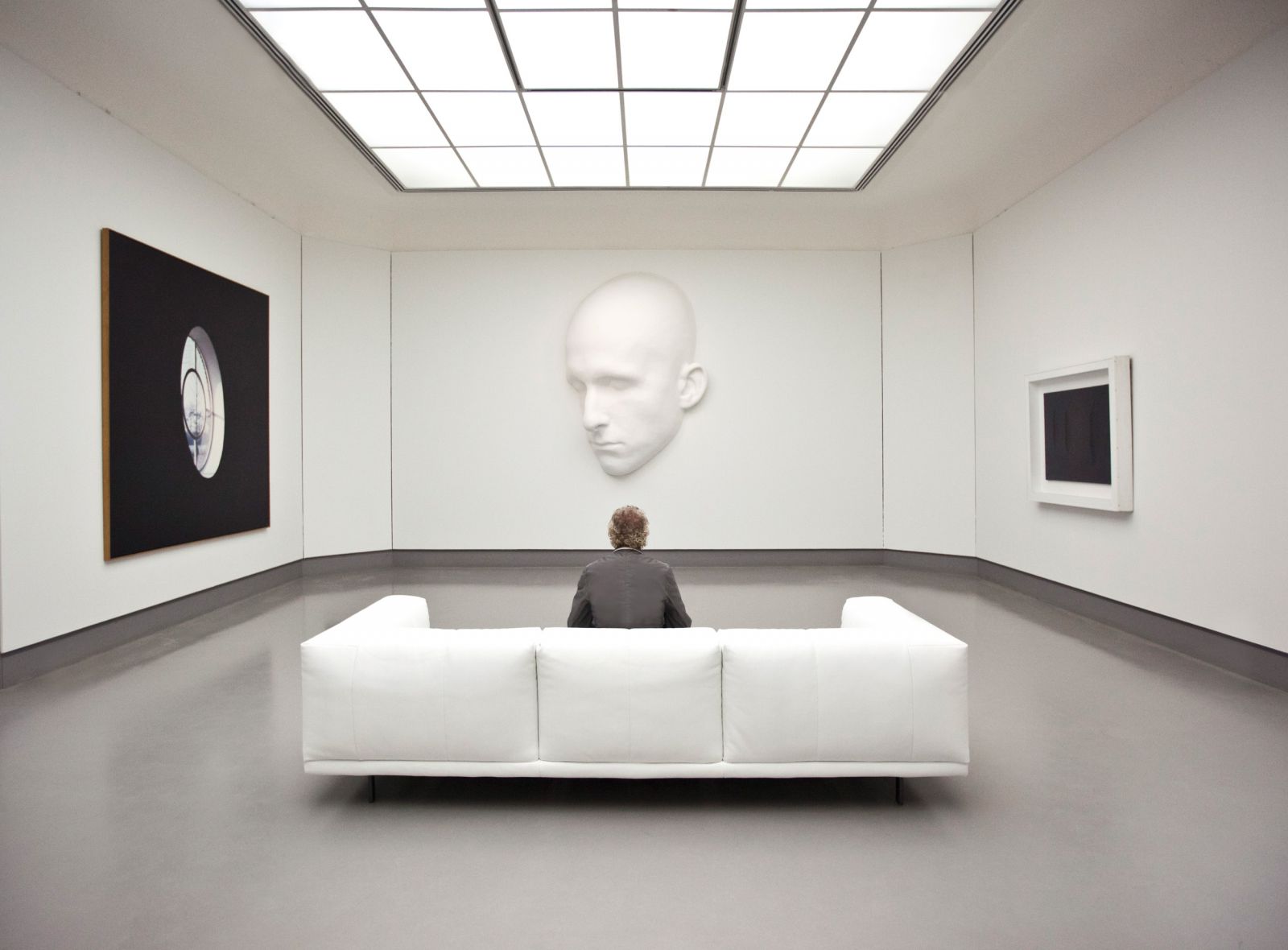 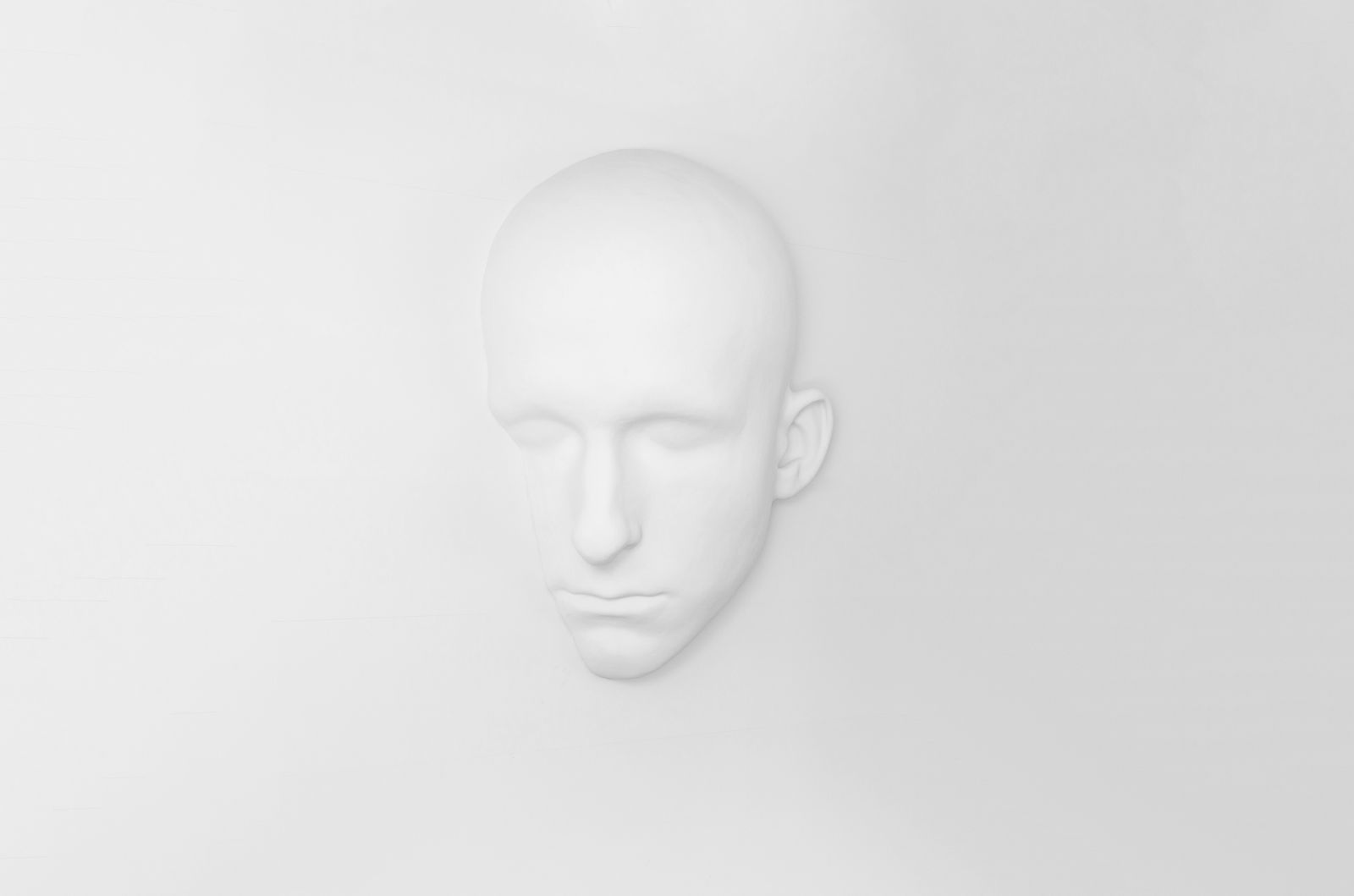 The adjective ‘monumental’ is often used to refer to an object of extraordinary size and power. Similarly, Levi van Veluw’s first sculptural piece Monere is designed to provoke a feeling of respect and awe in the viewer.

Produced in fibreglass and plaster, this large sculptural piece forms part of the interior architecture in which it is installed. The suggestion that it is part of the very structure of the building, together with the scale of the piece and the serene way in which it looks down on visitors from above, all help conjure up the sense of it being a monument.

In this piece Van Veluw is interested in how monuments, with their sense of gravitas, manage to automatically provoke a submissive and deferential reaction in the viewer. This happens even when one is not aware of what the monument is commemorating.

Although possessing sculptural characteristics, the angle from which the head is viewed in ‘Monere’ is similar to the one in Van Veluw’s previous self-portrait photographs.

The head is ‘cut-off’. It protrudes from the wall onto which it is installed and is in this way not a autonomous three-dimensional object. In this sense this work serves as an intermediary step between his early photographs and the artist’s later free-standing sculptures.